Bowens: We see a Black Starr from Detroit and know: 'It's a freedom thing -- we got to care about Ukraine'

The war raging in Ukraine is showing us we are all connected – Black, white, Ukrainian, American and everyone in between.

Americans of all backgrounds are in Ukraine and in Russia, including African-Americans caught in the crosshairs of Putin’s war in Ukraine. 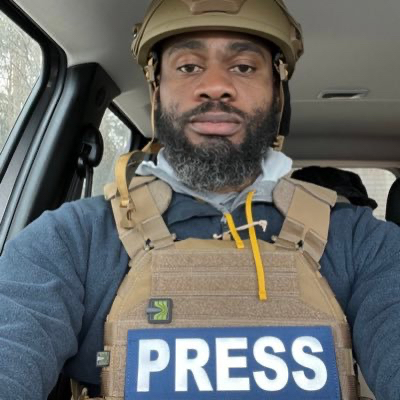 One, independent journalist Terrell Jermaine Starr, is from Detroit. He's been reporting for CNN and MSNBC about the unfolding drama in the Ukrainian capital of Kiev for weeks. Now the freelancer is dodging bombs and bullets chronicling the journey of Ukrainian families trying to reach Poland.

The journey seems like a modern-day Underground Railroad sometimes. He tells about men, women and children making a mad dash for freedom, avoiding Russian army patrols, staying in safe houses and living under the constant threat of death or capture.

Starr’s work reflects the grit, hustle and courage of Detroit. See for yourself on his Twitter account.

Watch him work and you’ll see the brother is a raisin in oatmeal for sure. We haven’t seen a Black journalist reporting from a war zone since CNN’s Bernard Shaw and his crew narrated the bombing of Baghdad in the beginning of the first Persian Gulf war in 1991. 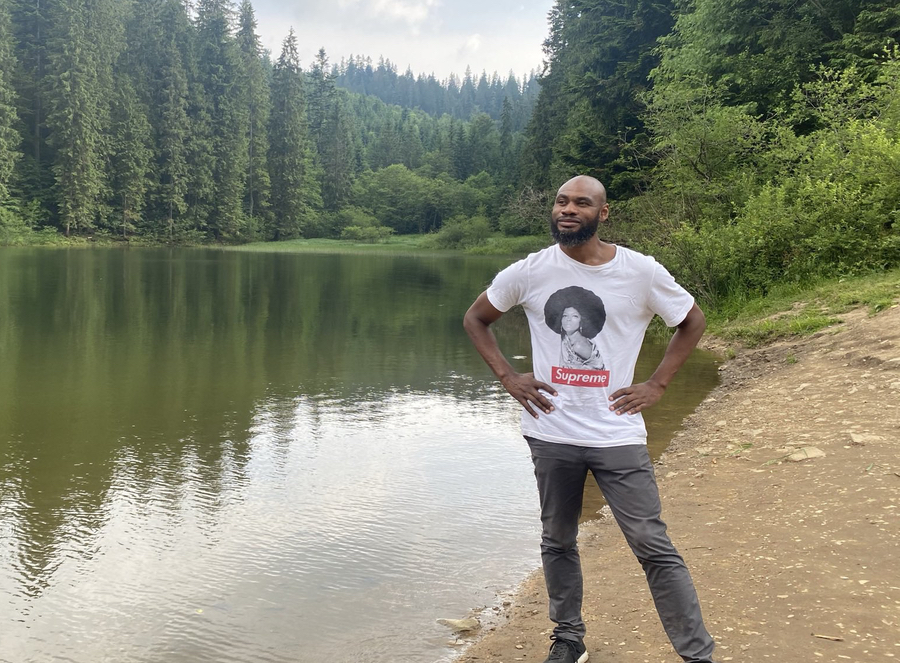 The big difference here is that Detroit swagger is on full display. We hear it in Starr’s voice. His in-your-face style and attitude, posting pictures and videos en route to dropping another family off, belies the danger he’s in.

Starr, now living in Brooklyn when not overseas, says he grew up in poverty and lived in a drug house while growing up in Detroit. But he still managed to earn two master's degrees from the University of Illinois and an undergrad degree in English from Philander Smith College, an HBCU in Arkansas.

He was a Peace Corps volunteer in Georgia, a former Soviet republic in Eastern Europe, from 2003-05 between college and grad school. Starr lived and reported in Kyiv, Ukraine's capital, in 2009-10 on a Fulbright journalism fellowship, and later was a senior reporter at The Root, a national news and culture media operation.

This Russian-speaker shows we got skin in the game. People wouldn’t necessarily know that from the way rallies in support of Ukraine have been covered in the local and national media. Except for the videos posted at the bottom of this column, nary a Black face is interviewed by the press at the protests springing up in and around Detroit. Yet, in America’s Blackest city, the crowds are peppered with Black faces in white spaces, standing and marching in support of Ukraine’s right to be free.

Be that as it may, Black folk know it doesn’t matter if you are a sister buying gas at the Mobil at Alter and Jefferson, or a brother getting a haircut at Livernois and Curtis. We have ties that bind us to the conflict being broadcast daily.

Black people intuitively know the same bias that ignores our presence at rallies in Detroit exists in most places. Few are surprised at the news being reported that Black Africans are being denied safe passage on trains out of Ukraine. Racism is everywhere. There’s an entire segment of the international travel industry designed to help African Americans avoid places hostile to Black skin. 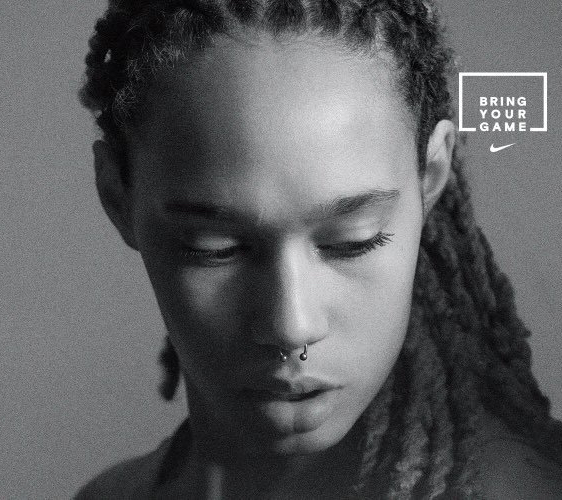 So, when news broke over the weekend that WNBA star basketball player Brittney Griner is in a Russian jail, held perhaps as a bargaining chip for easing U.S. sanctions, few won’t believe this is true. No doubt, Griner will also be used as a wedge issue in race relations here as well.

Russian authorities say Griner was arrested at airport customs on drug-related charges – an old trope tying Blacks with criminality. This from an authoritarian government that has effectively crushed independent journalism by criminalizing any non-state sanctioned news stories as “fake news,” subject to a prison sentence. CNN shut down newsgathering operations in Russia. Donald Trump probably wishes he could have done the same here.

There’s an old saying that truth is the first casualty of war. But both Terrell Starr and Brittney Griner show that it's not the only one.

As my barber, Hoppy Colvin, told me while cutting my hair over the weekend: “it’s a freedom thing -- we got to care about what’s happening in Ukraine.”