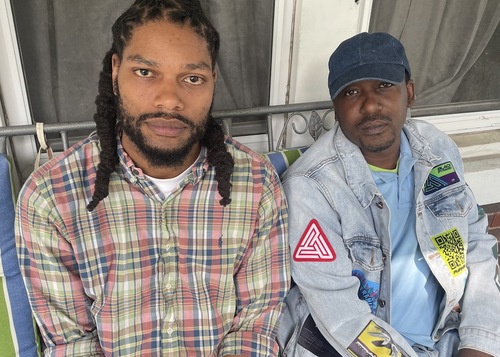 Detroit police officer Richard Billingslea had allegedly harassed or wrongly arrested D’Marco Craft six times when they met the night of the confrontation that would result in the problem cop’s removal.

In their first encounter, Craft said Billingslea inexplicably tackled then jailed him as he stood outside his godmother’s house waiting on his girlfriend, only for the disorderly conduct charge to be dismissed. After another arrest and citation didn’t hold up, Billingslea resorted to outright taunts. Once, Craft says, the officer ran up on him with his fist clenched then stopped in a “karate move,” standing on one leg and waving his arms in the then-20-something college student’s face before getting back in his car and driving off, laughing. Another time, Billingslea allegedly drove by Craft’s house and flicked him off.

And so on May 31, 2017, when Craft and a friend saw Billingslea at a gas station where they’d stopped to buy cigarettes, Craft knew there would be trouble. Billingslea went on to assault Craft’s friend, off-duty Detroit bus driver Michaelé Jackson, and throw away the phone with which Craft had filmed the incident.

Surveillance video couldn’t be denied, however, and Billingslea was convicted of aggravated assault and obstruction of justice and fired in 2018. Early this month, a civil jury found his conduct to have been so egregious it awarded Craft and Jackson $2.2 million for the beating and Craft’s 2016 arrest.

The pair, however, may never see that money, because the city has refused to pay out on the officer’s behalf. Citing a rarely used legal exemption, Detroit City Council in 2019 unanimously voted against representing or indemnifying the officer — being held financially responsible for his actions — because he was not acting in the “good faith” fulfillment of his duties.

That’s even though the police department failed to address Billingslea’s misbehavior in his four years on the force, a period in which he committed misconduct more than 15 times and was sued five times. Almost all of the internal violations — which included excessive use of force and repeated deadly car chases — were either dismissed or resulted only in write ups.

Detroit City Councilmember James Tate, who voted for the officer to be held personally liable, says it could serve as a deterrent for future police misconduct. Force officers to pay for their own abuses, the thinking goes, and they may be less likely to commit them.

But Billingslea’s victims and others say the city bears responsibility for the officer’s actions and that ditching its tab disincentivizes it from holding bad cops to account.

“The city created the problem and then washed their hands of it as soon as it got too big for them,” said Craft and Jackson’s attorney, Solomon Radner. “But they have an obligation here because they trained Billingslea to act this way.”

Since 2015, Detroit has paid approximately $42 million for civil lawsuits involving officers. Though city attorneys often threaten not to indemnify them, several Detroit civil rights attorneys handling police misconduct cases were unable to recall another case involving an on-duty officer in which they actually followed through. The Detroit Law Department, which makes representation recommendations, declined to provide additional information or comment on this case.

A history of abuse

A notorious cop who killed two toddlers in a chase that violated policy and cost Detroit taxpayers $800,000 in legal settlements for excessive force and other issues, Billingslea was one of a sampling of officers featured in a recent Deadline Detroit investigation into how the department fails to curb bad actors.

In the approximately 15 times Billingslea was found guilty of misconduct, only once was he ever suspended. The remaining violations resulted in slaps on the wrist later wiped from his record or no discipline at all — decisions that can leave problem cops with the sense “they can get away with it,” former assistant chief Steve Dolunt said in our prior report. 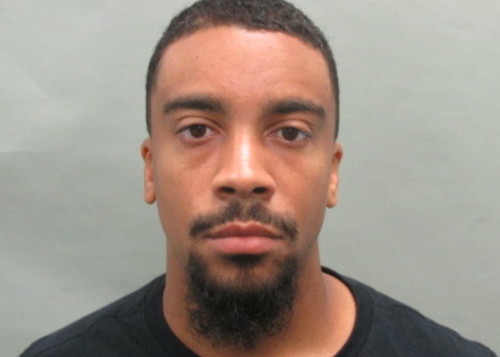 As the suits against Billingslea mounted, the department repeatedly failed to pursue internal penalties by investigating his actions on its own. That’s even though in one of the incidents that prompted a lawsuit — the false arrest and detention of Terry Parnell — the department’s own criminal investigation revealed Billingslea falsely claimed Parnell shot at him. The discovery prompted the Wayne County Prosecutor’s Office to drop the case against Parnell, but the department did not take further action. In 2020, the city paid $375,000 for the incident.

(The department, now under Chief James White, has said it has a practice of opening internal investigations to examine the allegations made in civil suits.)

Asked whether he felt the city should compensate Billingslea’s latest victims given the department’s lapses, Councilmember Tate said, “I don’t want to go in that direction.”

“If there’s a situation where it’s determined that misconduct is taking place and it has been allowed to happen as a result of supervisors or department heads, that’s where disciplinary action should certainly take place,” he said. “I’m more concerned about, ‘How do we correct the behavior?’”

Leading police reform advocacy groups have pushed for a rollback of provisions that leave taxpayers on the hook for officer misconduct, arguing the same deterrence principle as Tate.

But Joanna Schwartz, a University of California Los Angeles law professor who has studied indemnification, says that when cities don't pay, fewer suits are brought and harm goes unredressed. For a deterrent effect that also ensures victims are compensated, she argues municipalities and officers should both bear financial responsibility for civil rights violations, as she says is practice in New York City and Cleveland.

“Having the city pay settlements and judgments reflects the city’s culpability,” she said. “This is a prime example of a situation in which claims that officers should be financially on the hook really ends up hurting the victims” of their actions.

Craft and Jackson are hopeful they’ll be paid. Their attorney, Radner, is pursuing a tricky legal maneuver in which Billingslea would fight the city for not defending him in exchange for the promise his victims won’t touch his personal assets.

Radner notes the city initially represented the officer. In a court filing from March 2019, after Billingslea was already criminally convicted, it argued the officer “acted in good faith and without malice and within the scope of his or her duties.”

“For them to change their mind on what is right and what is wrong scares me,” said Craft. “If the city can’t come to a decision and stick with the facts in a crime this means that nothing is safe when the city has to make ultimate decisions that affect all of our lives.”

Craft, now 31 and a machine operator and supervisor at EW Global in Eastern Market, was studying criminal justice at Wayne County Community College District in the two years he was harassed by Billingslea. He says he's since backed off plans for a career in policing because “I would never want to mix myself in with a barrel of bad apples.”

36th District Court Chief Judge William McConico was one of his professors, and said in an email that he was “shocked” to see Craft, an A student, in court for a police brutality case.

If Craft receives his portion of the legal judgment, he says he hopes to move out of Detroit.

During a recent interview, his 1-year-old son peered out from a window behind him.

“I don’t want him to grow up and deal with what we dealt with, getting beat and just getting harassed,” Craft said.

► Support our reporting by becoming a Deadline Detroit member for as little as $3 per month.