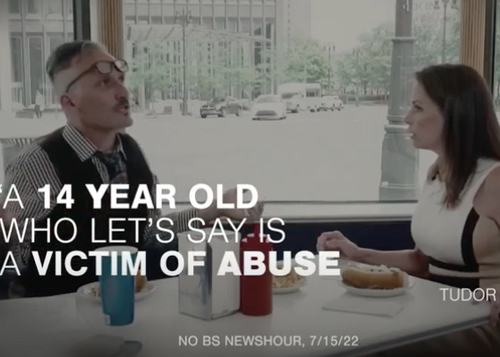 Throughout her successful primary campaign, now-GOP nominee Tudor Dixon made clear why Michigan Right to Life endorsed her: Her "no exceptions" stance on abortion rights, expressed often in her appearances.

This week, a group called Put Michigan First released an ad with a montage of these statements, calling Dixon "not acceptable" as governor. Put Michigan First is connected to the Democratic Governors Association, the Detroit News reports.

One clip in particular, in an interview with former Deadline Detroit columnist Charlie LeDuff, made her position clear. LeDuff asked her about a hypothetical 14-year-old girl, pregnant as a result of rape by an uncle. Would she be OK asking that girl to carry the pregnancy to term? Dixon replied she would, calling it a "perfect example."

Meanwhile, at an appearance at the Charles H. Wright Museum of African American History Wednesday night, Gov. Gretchen Whitmer said she expects some of the "ugliness" of the GOP primary campaign to extend into the general-election race, based on some of Dixon's remarks at her own victory celebration earlier in the day.

"This is going to be an epic battle between a conservative businesswoman and a mother and a far-left birthing parent, career politician," Dixon said, according to Fox 2 Detroit.

Watch the ad below:

Video: He was having a medical emergency, and Grosse Pointe Farms police threw him to the ground

Juror in Whitmer kidnap retrial says her daughter-in-law 'got high' with defendant, is seated anyway