Jessica McCall: Has Detroit's love for its Black residents faded?

The author is a principal at The Raben Group, which advises nonprofits, government entities and corporate leaders. A Metro Detroit native, and a graduate of Michigan State University, she splits her time between New York City and Detroit, and remains committed to her home city. 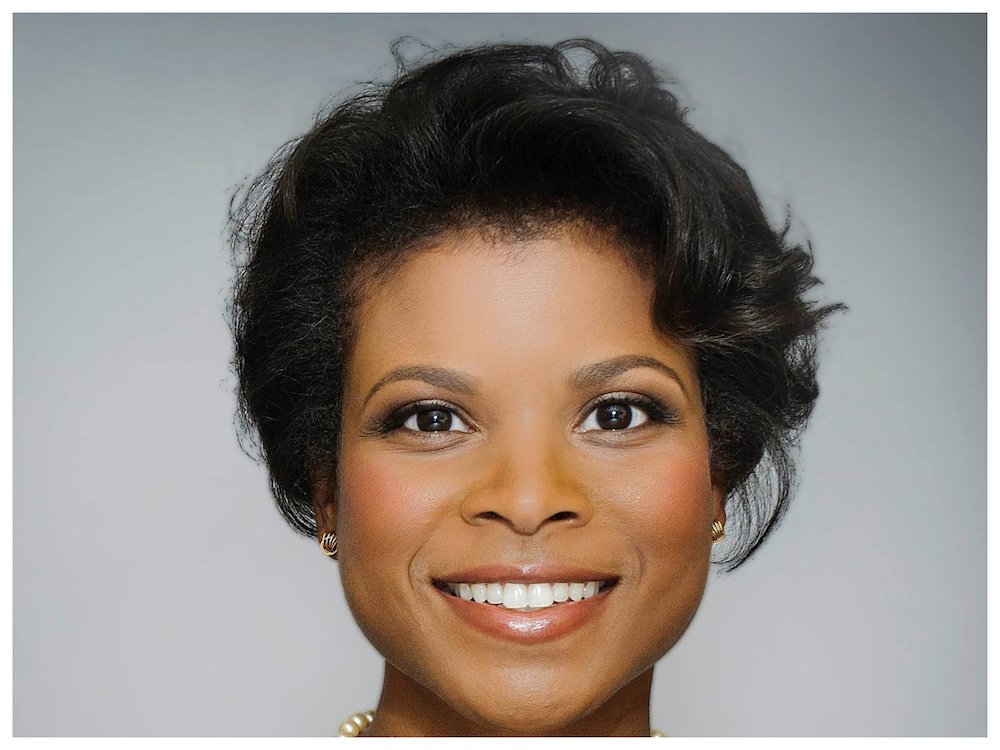 Jessica McCall: "The lack of diversity ... remains a persistent and perplexing challenge."

Twenty-five years ago, Heather Joy Thompson and her parents had a choice to make on where to send their Roeper School graduate to college, but for them the idea of Heather Joy staying in-state to attend the University of Michigan or Michigan State University never factored into the equation. Theirs was more of a calculation between heading south to enroll her in the esteemed historically black Spelman College or east to New York and the private liberal arts school, Sarah Lawrence College.

In the end, Thompson took her talents to Spelman and out of the state of Michigan because what Detroit was to her parents – America’s epicenter of Black social and economic stability – had devolved into a city that had little to offer an ambitious, forward-thinking, high-earning potential, African American like herself.

One might think that after all these years Thompson has never looked back. But that would not be completely accurate. She considered a return to Detroit four years ago when she, like other African Americans in their 30s and 40s, believed Detroit might be ready to cater to the Wayne State University Law School graduate and foreign service diplomat with the U.S. State Department. But after multiple exploratory conversations with some of the city’s top corporations, Thompson began to question if making a permanent return was the best decision for her.

“It seems that Detroit, in some pretty significant ways, hasn’t quite embraced its greatest asset, the Black middle-class residents who’ve decided to build their future in the city,” Thompson shared.

“There’s been a scramble to identify and cater to the burgeoning non-Black bourgeois Bohemians who’ve made the city home as of late. Harlem, Atlanta, and D.C. seem to offer a lot more business, services, and activities that speak to the diverse and sophisticated needs of high middle income Black residents. I didn’t see that kind of vibrancy or variety in Detroit, and it was saddening.” 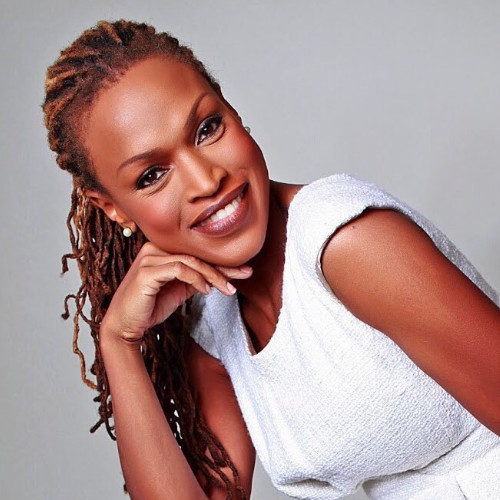 Sonya Mays, who founded Develop Detroit, a nonprofit real estate development firm whose mission is to preserve affordable apartment buildings, building new rental units and renovating historic homes in Detroit, understands what Thompson is referring to. Mays believes that rebuilding the Black middle class should be the number one objective for policy makers, elected officials, and business leaders.

“Detroit is where Black people came the closest in this country to realizing economic, social and leadership parity," she says. "It is virtually impossible to overstate what Black Detroit lost in the 2000’s - high homeownership rates that once came close to rivaling those of white families, a thriving Black business ecosystem and now, political self-determination. This should be alarming to everyone.”

But with the reality that Michigan will see less Black representation in its congressional delegation -- John Gibbs, God willing, will likely fall to Democrat Hillary Scholten in Michigan’s 3rd Congressional District. And even if John James II manages to eke out a general election win in the 10th -- for the first time in nearly 70 years, Detroit (a majority Black city) will not have congressional representation by an African American.

What this will mean for Black Detroiters remains to be seen, but based on Shri Thanedar’s tenure as a state representative -- where he introduced zero bills, zero amendments and skipped a vote on the conservative bill to ban Michigan schools from teaching an accurate accounting of race and gender in America -- there is reason for concern.

Over the past 50 years, there has been exhaustive reporting on the so-called “white flight” that began prior to Detroit’s uprising in 1967, and escalated in the 70s and 80s. But until recently, far less attention has been paid to the worn-out Black track that began with a sprint in the 80s and 90s when Black baby boomer parents took their GM and Ford bonuses and their University of Michigan law degrees north on the Lodge and Telegraph to towns like Southfield, Farmington Hills and West Bloomfield. Their children crossed the graduation stages at Detroit Country Day School and the University of Michigan and headed to Atlanta, New York, and other cities in the southern and eastern parts of the United States.

But when you consider how the city of Detroit, and by extension the state of Michigan, has become increasingly less welcoming to upwardly mobile Black Americans, who could blame them? While Black people moving from Detroit to the suburbs often cite crime and cost of living as their primary points of contention, those who left the state altogether have less tangible concerns. These are not as easily quantifiable, like a feeling that in order to have access and influence as an African American in Detroit you must fall in line with the priorities of white leaders. Those Black Detroiters consistently invited to "the room where it happens" are of a different generation, more concerned with preserving their relationships than pushing for the advancement of other Black Detroiters.

Another more anecdotal apprehension is the perception that Detroit and the state may tend to vote blue, but can lean more conservative on matters of race, gender, and sexual orientation. In 2020, Detroit was consistently in the bottom 10 of Bloomberg.com’s index of America’s best and worst cities based on livability for Black women. Even within the Black community, sexism was the narrative that crossed city and state lines, due to the concerted effort to ensure that a Black woman did not succeed in this month's Democratic primary in the 13th Congressional District.

And unlike most major cities that permanently declared that Black lives matter, majority Black Detroit’s temporary mural on the streets of Woodward Avenue, painted by Detroit’s Black children so no one could criticize the fact that it was temporary, has all but faded -- some might say much like Detroit’s love for its Black residents.

Those who will want to push back, and some will be young Black middle-class Detroiters, will try to play a game of “but what about…” So let’s play a round -- multiple influential foundations and nonprofit organizations are led by Black Detroiters; African American women in particular are excelling at providing much needed social services and community support throughout the region and state through their leadership.

In addition, the candidates in the 12th and 13th congressional races prove that there is reason to be optimistic about the future of Black leadership, with the likes of Portia Roberson, Michael Griffie and Kelly Garrett. At the state level there should be much excitement about the potential for Michigan’s current lieutenant governor, Garlin Gilchrist II.  However, his success at the state level lies in the national and state Democratic party’s willingness to provide the same degree of enthusiasm a white male would be entitled to. 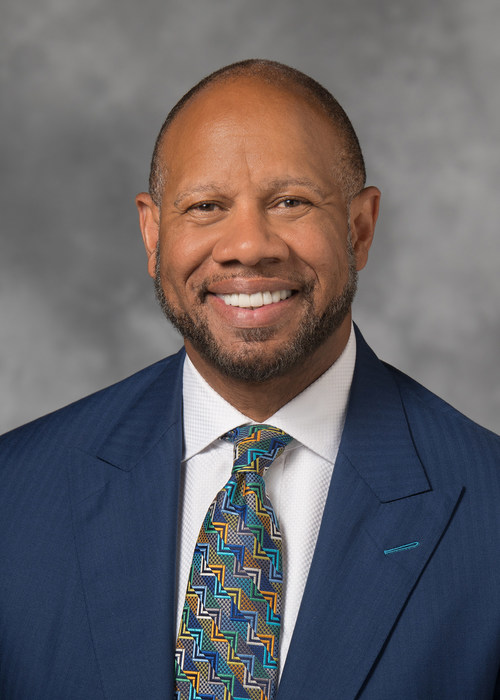 But it is the lack of diversity in the spaces where Black Detroiters can lead that remains a persistent and perplexing challenge. With the departure of the Henry Ford Health System CEO Wright Lassiter, none of Detroit’s major corporations are led by African Americans. There are, of course, Black business owners and executives whose influence far outweighs what their small businesses would allow us to believe. But could there be a price if they were to be more assertive in calls for more inclusive leadership?

In 2024 Derron Sanders, founder and CEO of Sanders Management Group, will ascend to the highest level of leadership at the members-only Detroit Athletic Club and become its first Black president. Will DTE, GM, the Detroit Economic Club, the University of Michigan, along with the United States Senate, governor’s office and, of course, mayor of Detroit, join or soon follow by appointing and electing Black leaders?

And so the question remains: Has Detroit’s love for its Black residents faded? Are Michigan and the city less friendly to us? And who is primarily responsible for the answer? The mayor? The governor? The Black residents who through coalition building and strategy could advocate for significant changes at all levels?

For former residents like Heather Joy Thompson, it is all of the above.