One of these Detroiters is Charles Pugh. The other is 'sick of saying I am not' him.

Some lookalikes are flattered at being mistaken for a prominent person. A few play along and pretend the resemblance is real. Others tire of interruptions by strangers. 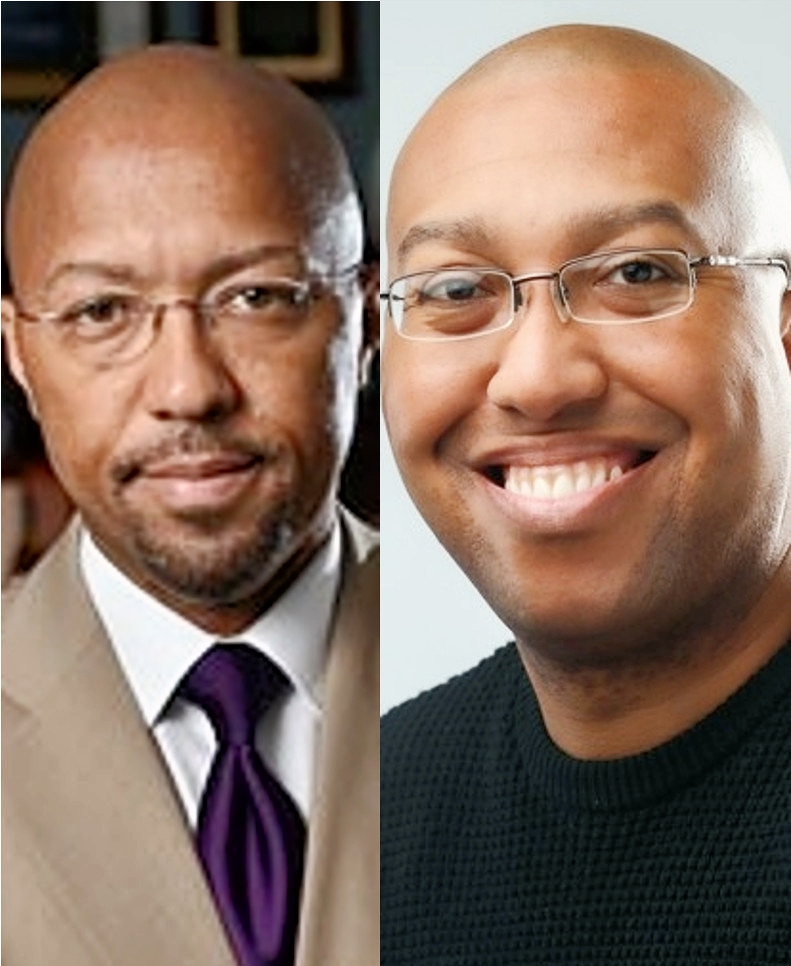 Duante Beddingfield, right, isn't related to the ex-con at left.

At this weekend's Detroit Jazz Festival, music journalist Duante Beddingfield is "so sick of saying I am not Charles Pugh," he tweets Saturday afternoon from the downtown event.

The annoying questions are understandable, though Pugh -- a notorious former city council president and registered sex offender -- is 13 years older. Both men are bald, bespectacled, Black and have a loose resemblance.

But for a 38-year-old Free Press arts and culture reporter, it's hardly a compliment to be asked if he's the guy who spent five years in prison after pleading guilty to misconduct with a 14-year-old boy in 2016. Pugh, now 51, was released last December.

"Already lost count of how many times this weekend I've been mistaken for Charles Pugh," the journalist tweets with three red-faced emojis that are frowning and cursing.

"This whole thing is gonna kick into overdrive when I take the stage to introduce bands tonight and tomorrow and interview a headliner at the #detroitjazzfest anchor desk," Beddingfield adds in a follow-up.

He joined the Freep in fall 2020 and also hosts a three-hour weekly jazz program on a NPR affiliate in the Dayton, Ohio, area.

The other guy was on Detroit's council from 2009, when he became the city's first openly LGBT elected official, until he quit abruptly in September 2013 and moved to New York City. In addition to the Wayne County crime that put him behind bars, federal jurors in a civil case ordered Pugh to pay $250,000 for sexually harassing a teen in 2015.